Mental Illness and the Craft 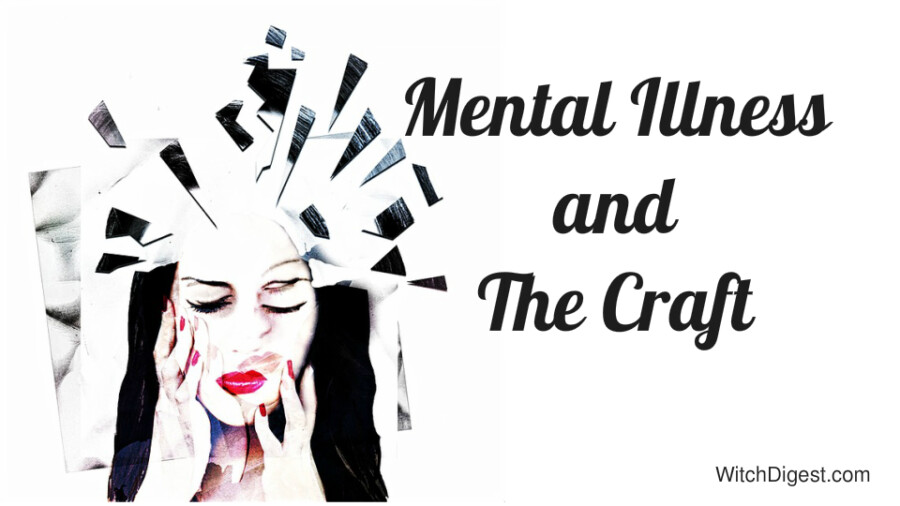 There is this huge stigma associated with a diagnosis of the smallest kind such as depression or mild obsessive-compulsive disorder because they are grouped with scary things such as serial killers and the stuff we see on the news and in movies. Many types of mental illness can be very mild to complete dysfunction. I have discovered that it isn’t the mental illness that makes someone dangerous or a threat. I discovered that the individual’s personality, beliefs, and familial influences play a huge part in the individual’s life choices just like it does someone without a mental illness.

Many people are diagnosed with something that is virtually unnoticeable to the average person around them. The individual could be on medication or in therapy to work on things. Some people see a life coach. The scary thing about mental illness is that we get blindsided by the mental illness of the affected individual. We can’t necessarily tell by looking at someone if they are mentally ill or not. You may not notice until one day you hear about a stay in the psychiatric ward. You look at him/her differently after that.

Because of the stigma of mental illness which is due to a lack of knowledge called ignorance, many people with a mental illness will never seek treatment. That is a terrible shame because, with a little support and treatment, many of them would live happier and more productive lives. Everyone wants to be accepted, even people with mental illness. No one wants to be treated like a Pariah for a trait they can’t do anything about. In the case of mental illness, the differences that get them ostracized from society can’t be seen with the eye. It is more of an experience with the person.

All people can see is that the person is different and in an unfamiliar way. People are afraid of what they don’t understand. People are also very judgemental. Many Wiccans, Pagans, hell, the general freaking public complain about discrimination because of their obvious differences like Race, religion, education, sexual orientation, political position, financial status, etc. But I see these same people do exactly what they are complaining about to those with disabilities, especially mental illness. In the news, I have seen more than 2 reports of mentally ill people being beaten to death or shot to death because local law enforcement has no clue how to diffuse any situation what less how to diffuse the situation with a mentally ill individual in the middle of a psychosis.

Ignorance is no excuse for the way society treats those with mental illness. I see it often in the Wiccan community. I had a very nice friend who was diagnosed with Schizophrenia. We were both fairly new to Wicca. He was more advanced than I was and we were both seeking a coven. We both applied for the same Coven. I was accepted and he wasn’t. I asked why and they said because he is strange and they were uncomfortable. Great. Ok. that was one coven. Every Coven he applied with denied him because he was “weird”.

This guy was not violent, not aggressive, he wasn’t a criminal, He has a strong sense of right and wrong, this man kept his word at all cost until the day he was murdered on Beltane performing his ritual as a solitary Wiccan by non-Wiccan friends he trusted. He was definitely different but he had a positive effect on my life.

I married my second husband not knowing he had a mental illness. Soon after we married, he stopped taking his medication and the next 5 years were horrendous. It was a marriage that only happens in the movies. He was diagnosed with Schizophrenia. He lied constantly, cheated people, manipulated everyone even people he probably didn’t have to manipulate. He was a repeat sex offender who got off with a deal from the prosecuting attorney. He spent time in prison but without having to ever register as a sex offender. I had no idea what I was getting into or how it was going to affect my life.

He told me he was on probation when he was actually on Parole. Not that I really knew the difference at the time. His violence, crimes, putrid lack of ethics and poor morals had very little to do with his mental illness but everything to do with his own core beliefs, personality, and choices. With all that, the symptoms of his mental illness were met with contempt from me instead of support. It is difficult to support someone who is abusing you.

That is when I learned that some people are born “assmunches” and mental illness doesn’t necessarily make you an evil or dangerous person.

My point in telling about these guys is that mental illness doesn’t necessarily make a person out of touch with reality like a dementia patient or someone with Alzheimer’s. Those are a different kind of mental illness and I doubt that someone who is completely out of touch with reality probably will have the ability to really contact you and rationally discuss a petition to join your group. Many mental illnesses don’t come with a lack of lucidity. There may be moments of Psychosis which sounds really scary but actually, it is just a moment where someone with Schizophrenia/Schizoaffective disorder/or bipolar may have a period of a psychosis such as hallucinations that may include a delusion.

My ex-husband’s mother who was diagnosed with Schizoaffective disorder had a delusion about the DJ on the radio. She believed she had a romance going and when he appeared at a public event, she was there to tell him how much she loved their relationship. Needless to say, she was escorted out of the event and taken into custody.

Other than some quirkiness which is actually the symptoms of her mental illness she was a charming, smart, and likable woman. If I were to win the lottery, the first thing I would do is take her on a shopping spree. She would love that. Anyway, when it comes to practicing magic or Wicca with a person with a mental illness, Don’t be afraid to talk to the person. Find out what they think, how they perceive the world and the craft.

What if we looked at mental illness such as Schizophrenia as being stuck in between the worlds. In this perspective, The body responds to our thoughts and emotions. If fear can trigger adrenaline, exercise can trigger endorphins, and all the different chemical reactions in our bodies and brains, it is not that far-fetched as a religious person who believes in the physical and spiritual world, that maybe their spirit or soul is stuck in both worlds.

What if the Hallucinations are their spiritual higher-self connecting with them? What if during an episode they are actually experiencing conscious communication with their subconscious mind? We are taught that our reality is what we perceive it to be. We create our own reality. Thoughts create reality.

Now, in this perspective, if thoughts create reality and reality are what we perceive it to be, then how is a Schizophrenic’s reality less valid? It is different than the collective reality in which we live but is our reality anymore substantiated? To me, this is one of those, “you must conform to our reality or you will not be accepted” kind of deal (I’m a non-conformist). With a mentally ill person with moments of existing in a different reality than the rest of us, what if this person at that moment is having difficulty in this reality because at that moment they are partially in a different existence altogether.

I didn’t really think about all of this until last year when I was very ill and taking medication for pain that had the side effect of “psychosis”. I experienced a drug-induced psychosis that gave me a glimpse into this sort of experience. At the moment I was going through it, I had no idea I was acting strangely and babbling incoherently. I was shown a message or two that I had sent that was bizarre and made no sense at all.

I had a pleasant acquaintance with a degree in this field who helped me recognize the medication is a problem. out of that moment of Psychosis, I did things that were crazy as hell but had results that were a huge step up for me that not only allowed me to heal physically but emotionally too, through that psychosis, I dumped every toxic relationship I had. That laid the foundation to truly begin to heal.

I have practiced with others who have been diagnosed with a mental illness and other than a few quirks to workaround, it is completely doable for the most part if you are up to the challenge. For Wiccans, it is not just about magick, power, and spells, but also a relationship with a higher power and connecting to our higher self. The rituals and other practices are a big part of developing, growing, healing, and our spirituality. I promise you that mentally ill people can be deeply spiritual and I personally believe that in some cases, mental illness can make someone really good at a committed spiritual practice such as Wicca….Sometimes not so much. Just have to consider each case individually.

Step out of your comfort zone and try talking to weird people. You may find that under all that weirdness is a really awesome human with a beautiful soul.

May you walk in peace,

Disclaimer…I am not a qualified mental health provider and all reference to mental illness in this article is merely an observation I have made as a layman combined with my personal opinion based on my observations. 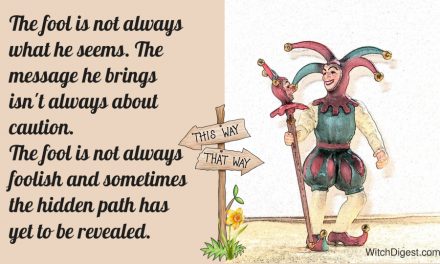 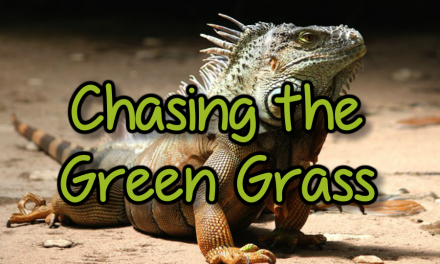 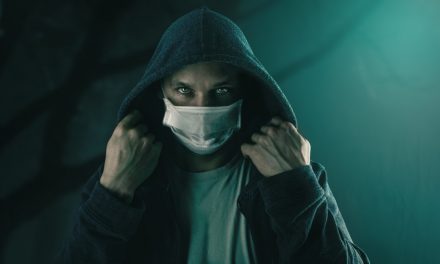 Quiet in the Chaos 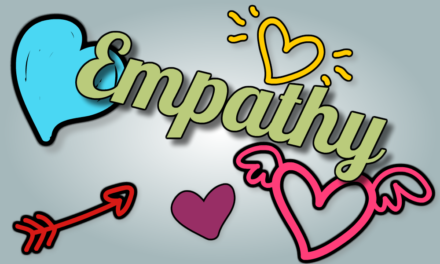