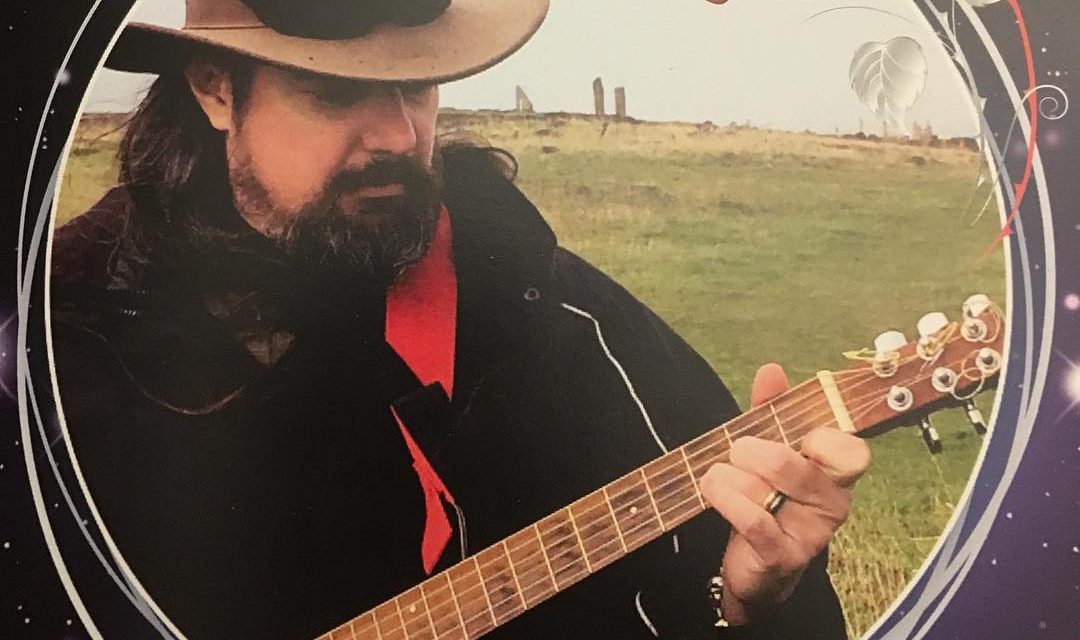 The cycle of life has wonderful and enjoyable phases.  From a new birth or beginning to the difficult part like death or the end of that life cycle. We often hear of life being compared to an amusement park ride, the roller coaster. Life from birth to death has its ups and downs. Witches often call them the ebb and flow of life. Although “Life” simply happens, the events that take place in our lifetime can be directed by our own will if we desire it.

There have been many occult leaders and awesome practitioners that have left behind so much knowledge and guidance for us to help us along our own personal journey. At the end of a life cycle, I believe it is important to recognize these awesome leaders in our community and what they have contributed to our community as a whole.

I have had the blessing of knowing a truly spiritual and connected High Priest who not only influenced so many others but he had a huge impact on my personal development as a human being as well as helped lay the foundation of my personal practice. Every once in a while we are blessed to find the “angels” sent to us to teach us and guide us. For me, Jon was a true teacher, a wise man, and a gentle soul.

I feel the loss of his energy in this physical existence. I believe when we mourn we are mourning for ourselves and it is ok to mourn for ourselves. We deserve to heal that gaping hole in our lives, our minds and our hearts.

Today, I mourn the loss of a spiritual brother as he makes his journey to rest.

Here is a quote from the program from Jon’s ceremony. Jon was born to be a Priest. He and Jeanine were High Priest and High Priestess to a large Wiccan Community, sharing many adventures and much love together and with others, locally and in their travels. They founded Golden Thread Grove Church, developed the Threads of Wisdom teaching series, established man’s and women’s empowerment circles, offered the Sweat Lodge and continued to build Goddess Fest. Jon spent 10 years as a volunteer clergy in the Idaho prison system. He earned immeasurable respect in those institutions and was consulted regularly, playing a key role in setting policy for the rights of Wiccan Inmates. Correctional facilities from neighboring states consulted with Jon on a regular basis.

Jon was loved all over the world. He moved easily in different circles and social circumstances. He considered all men to be his brothers and all women to be his sisters. Jon was well-respected and considered to be a peer by many accomplished people twice his age. As a Priest, Jon gave newspaper and television interviews too numerous to list. He provided weddings, funerals, vision quests and other Rites of Passage, along with personal mentorship to hundreds of students. Jon loved and was loved by animals. And babies were fascinated with him. He laughed loud and often, sang from the heart and was a lot of fun.

Any summation of Jon’s life would be incomplete without the mention of his last few years spent in the spiritual mentorship and loving friendship of R.J. Stewart and Anastacia Nutt. Jon was always eager to learn and share things of Spirit, music, nature, mythology, Tarot, lore, Faery, history, Runes, Philosophy, ritual, Qabalah, astrology, astronomy and Tafl. He was an insatiable reader, studying and researching constantly.

Jon passed into the Summerland quietly and peacefully at home, surrounded by love. He didn’t want to die, but he had accepted the inevitability and was not afraid. His last days and weeks on this Earth were spent contemplating his blessings and practicing gratitude alone and with loved ones.

Rev. Jon Michael Lesniak, HP was a wise, loving, enthusiastic, gifted and compassionate individual who will be greatly missed. The world has lost an extremely bright light. 50 years was not enough.”

To me, Jon was always authentic.

He always spoke his truth. He influenced my life and practice through his very existence of who he was and how he lived his life and how he saw humanity and the rest of the world. Sometimes, something he said in passing comes to the surface of my thoughts to remind me to try to get back to center and change my perspective.

There have been many who have influenced my life and my craft, and those like Jon and his loving wife and friends at Crone’s Cupboard, have influenced me with their perspectives on things that seem to come from Source through them.

My generation is growing older and coming to our end of this journey and many of us hope to leave behind knowledge and a record of our experiences and perspectives that will influence future generations. I believe Jon did exactly that.