Transforming Into A Witch 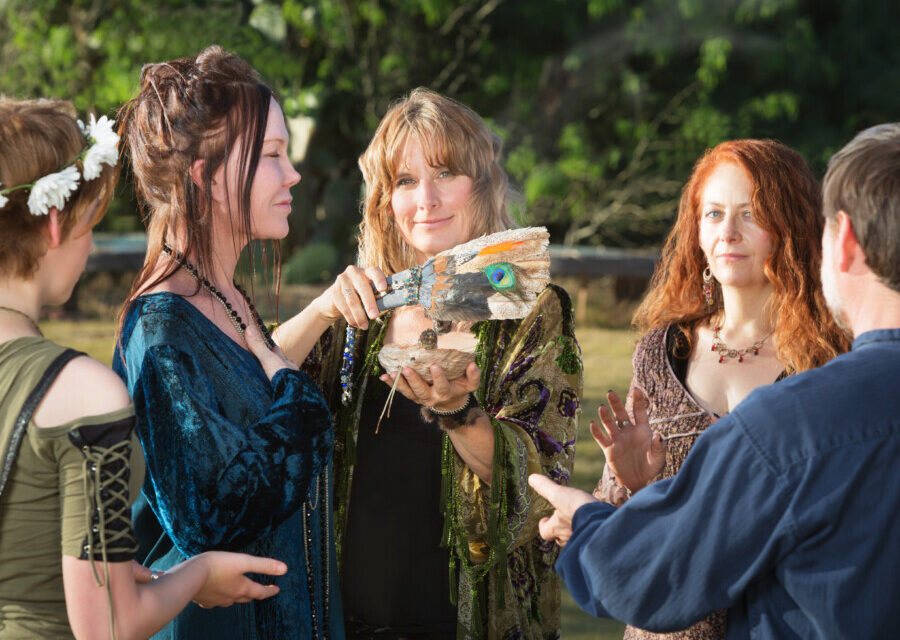 When I made the decision to become a Witch, I hadn’t decided yet. I didn’t feel like a Witch and wasn’t sure if I was up for it. But I was interested in discovering what witchcraft was and if it was a good fit for me. When I first started on the path of Witchcraft, I was a codependent undiagnosed Autistic with PTSD trying to survive in a cruel and confusing world. I was trying to hold on to my “goodness” while surviving the violence surrounding me. I knew I had to hold on to that. But… I was extremely co-dependent, and I constantly sacrificed myself for anyone and everyone. I held the belief that if I showed them that I am loyal and that I could sacrifice myself like this, and if I showed them how to be kind and loving, maybe they would love me back.

If I sacrifice myself, maybe they will see how loyal I am and be loyal to me too. I was an empath but not a healthy one because of all the trauma I hadn’t put in its place yet. I had a lot of unchecked Pain. I had low self-esteem and no self-efficacy. I felt weak and helpless. I felt alone. I knew I was different. I felt like an outcast. I knew I didn’t belong in the world and didn’t know why. I saw myself as a misfit that didn’t fit into society. I was hoping to find others who were like me as much as being “like-minded.” As I learned about Celtic mythology, I began to identify as a changeling while developing my craft. I knew I was different, but I didn’t understand why, so I was looking for others who also seemed like rejects from society just like me.

I read some books on witchcraft, Wicca, and of course, the five waves of Ireland. I could relate because many of the beliefs agreed with the spiritual beliefs and practices of my culture, except the Christian dogma and mythology that was so strong within my backwater culture and nowhere to be found in Wicca. At first, I wasn’t sure if Wicca was the path for me. I had a hard time letting go of some of the unhealthy beliefs, although the group I was learning from didn’t just rip me out of the Christian beliefs or tell me they were wrong but introduced different ways of thinking and believing. I didn’t stay the same. I began to transform from the very first conversation with my teachers. My main teacher had no clue any more than I did that I was autistic with PTSD. 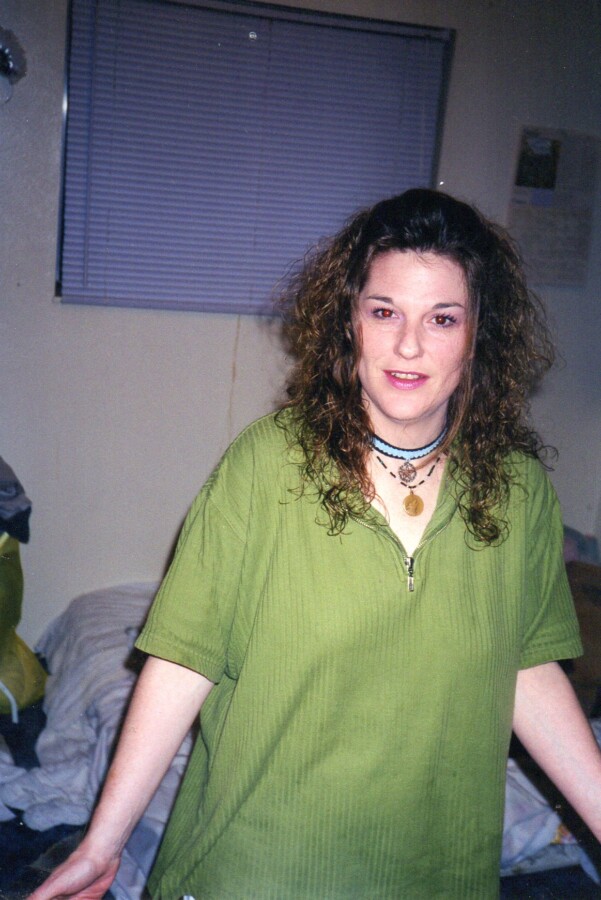 My transformation didn’t happen overnight. It didn’t happen in a day or even a year. For me, my transformation took at least 2 – 3 years before someone who knew me from before, who hadn’t seen me in a few years, mentioned how I had changed. It was a change I wasn’t even aware had taken place. It was a very subtle change. Maybe someday I will talk about that change. But for now, it doesn’t matter what the change was. It only mattered that it was “change” and positive.

That was almost 30 years ago.

Now, I have boundaries. I find that some people have a problem with my boundaries because they are used to people with weak or non-existing boundaries. I have these boundaries for a reason. This boundary of “take it seriously or not at all” when it comes to students who want to become a Witch is important for me to have. This is because it includes things that take a lot of time, energy, and resources that I bring to my students. I don’t have a lot of resources to waste. So, people who lack interest to the point of wasting my time, energy, and resources have to be let go. That sounds harsh, but that is the reality of the situation.  If you are going to become a Witch, you have to be all in or you will just be another wishful witch. If you aren’t fully invested you won’t fully transform into the amazing person you are destined to become.

For my boundary, I will teach a class of one; if that one person is interested in doing the work and investing in their own future and life, I will invest my time, energy, and resources in them too. Becoming a real witch takes time, hard effort, and straight-up work. It is not always fun, and it is not all about fantasy. It is about Transformation. Becoming something takes work. It isn’t easy. becoming a Witch isn’t just about making the decision and then, boom, you are one. No, you have to choose to Become one and then do all the work to change who you are to align better with who you truly want to become.

Assuming everyone wants to become a GOOD witch and NOT an EVIL witch, I will expect all of my students to apply themselves. I expect them to do the work. Listen to the videos as instructed. To do the experiments. And to do it all On the Daily. YOU ARE WHAT YOU Think, feel, believe, and act. What you think, feel, and believe determines your behavior. You can change who you are by changing what you think, feel, and believe… especially about yourself.

The true Power of Witchcraft comes from the power to empower yourself by reminding yourself of WHO YOU ARE. (Who Are You?). I realize that the average American wants to wallow in their misery and act like it’s the way it’s supposed to be and that being a broken loser is all they are ever expected to become. Expected by society and by the self. That negative self-talk that one allows to ruminate through their mind for hours. That is a weakness that can be overcome. Don’t be one of them. Rise up and PROVE to yourself that YOU ARE WORTHY, and then notice how people are starting to respect you more.

It won’t matter who they are. If they don’t love you and treat you the way you know you deserve, you won’t bother with them anymore. You just won’t. Knowing you earned that respect, that kindness, and your place in the world builds your self-worth. I know when I deserve it. Not that I’m perfect. Ain’t no such thing as a perfect human being. But I know when I am putting in the work, I deserve to stand UP proud and tall. And I DESERVE respect, and I will accept nothing less. That means I won’t be in a group that doesn’t respect me as an equal.

I want others around me to know they are equally valuable. They are my equal, and they deserve it too. It starts with how you feel about yourself. And… we can all see how you feel about yourself. Like you can see how I feel about myself. I have my periods of weakness, and that’s ok. It’s a cycle of ups and downs. We have to fight through the downs and live in the ups. Hold on to those “up” moments. They can be a source of strength for you during dark times.

Let the downs go, but hold on to the ups. that is what a real witch does. She/he/they will hold on to their wins, hold on to their strengths, learn from their failures, and won’t listen to any of the negative naysaying bullshit fuckers who just want to keep them down. Face life with the strength of a Wise Witch. Thrive like the warrior you are meant to be. Wicca Training goes 3 years and a day because to become a witch, YOU MUST TRANSFORM into one. It takes a long time for some and not as long for others. It is a transformation. It depends on where you are when you begin, and it depends on you. And there is no shame in where you start or how long it takes. However, It would be a shame if you don’t begin to transform your life in a positive way soon.

I know some people who are planning to commit suicide. Maybe not today, but they plan to end their life at some point in the future. This can be such a strong string of ruminating thoughts that it creates feelings and becomes an actual desire. It becomes an obsession, and the desire to die develops into a fantasy about what death is and what it means, but it’s all a lie because it’s fantasy and not real. They even glorify it. These people WILL die by suicide. They are using magick to create their death. They are creating their future by simply allowing their thoughts to remain on death and suicide and ending their life that it will absolutely happen. They visualize their death frequently. They think about it every time their mind is free to ruminate and dream about it. These people are so determined to kill themselves that their future is being set to be an early death that is unnecessary and meaningless. They will kill themselves for no good reason. They have glorified their weakness and their misery as if that is how they were born to live and die.

It doesn’t have to be that way. They have a choice. They could use the same magic to create an amazing life. They could actively and intentionally deny the thoughts about death and intentionally change it to the opposite of how life is good and how we all have a purpose in life and remind themselves that their life matters in the grand scheme of things even though they don’t know it. Even if the person they exist for isn’t in their life yet, they have a purpose to be here. There is a reason. It can be done if they were to change their thoughts. These people don’t have Aphantasia. They are aware of their thoughts, can visualize, conceptualize, and with intentional effort, can change their thoughts and destiny.

Some may argue that some people can’t do that. I disagree. I have PTSD… One of the many annoying symptoms of PTSD is those intrusive thoughts that enter your mind uninvited. These thoughts become ruminations. However, I CAN change my thoughts’ flavor, content, and direction. It takes work, and it’s done quietly. I look like I am in prayer or maybe even in quiet emotional distress for the duration of the battle fighting those thoughts. It is a battle inside your head that can be won every time it comes up. It is possible. It just takes practice. Remember the hermetic principle, “God is mind.”

The power of the Witch is the power to control what the Witch thinks, feels, and believes about self and the world outside. Keep in mind there is a whole world inside you to explore, and this world is YOUR kingdom to rule.

How will you rule your inner World? 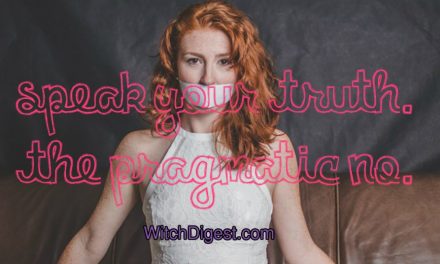 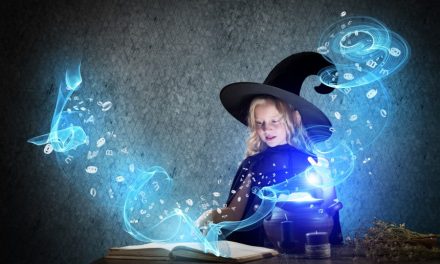