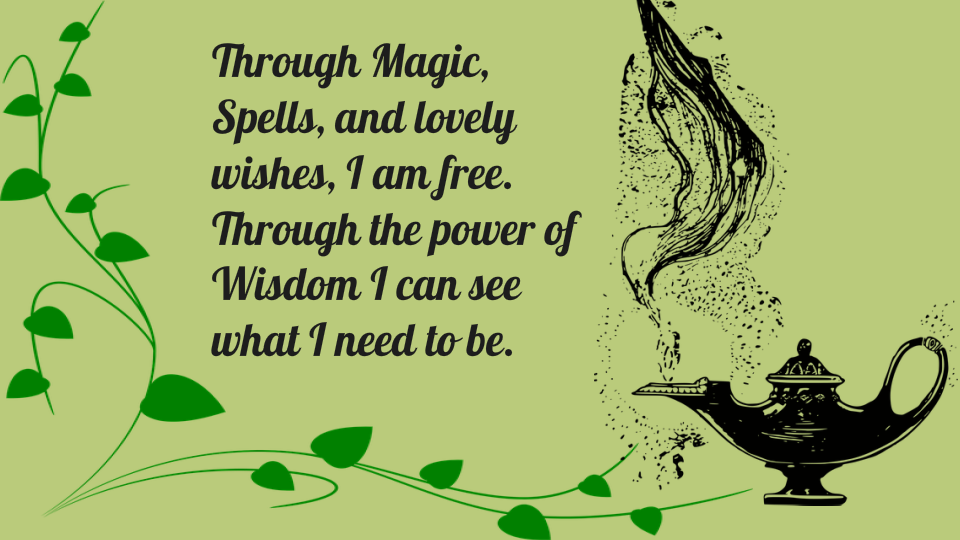 Magick and its purpose are dependent on the individual. Some people feel doing magick is fun and cool so they are always looking for reasons to do a spell. Lots of spells out there seem frivolous like changing the color of your eyes. Have you seen colored contacts? I use magick when I have a need for it. Those who are new to magick seem to need it more often than those who are more mature or experienced.

I guess what I am trying to say is that illusion is often confused with real magick. I love a good magick trick. It is entertaining and fun but when I really need to make a difference with something, I turn to real magick. I don’t do slight of hand tricks very well. I am not a very good illusionist and in fact, I can’t entertain an audience well. However, I love being entertained and I enjoy a good magick trick performed by an illusionist.

I have heard and read that Wiccans aren’t real witches. That they are merely theatrical. In many cases especially when it comes to what is in the public eye, this may be true but there are some very real witches who are also Wiccan out there. There are some Covens that actually practice Witchcraft along with their Wiccan celebrations. These are usually the closest and most bonded Covens one can find.

Today, many confuse television shows with real witchcraft. Yes, some Witches practice in ways that are harmful to their target. I have seen spells that made me sigh because there are a lot more mature ways of dealing with an enemy than destroying someone just because they piss you off or hurt your feelings and there is a way to protect yourself and reverse a curse and so on.

Much to the surprise of many modern Wiccans and many non-Wiccans, Wiccans don’t have to “Turn the other Cheek” like a Christian and they don’t have to be excessively benign. There is this Rede that says “Do as you will, harm none”. This is true but part of our growing pains involve pain and suffering. Taking away consequences of another’s actions is harming them in the fact that it prevents them from growing through learning from an experience and sometimes for people to learn that the stove is hot, they actually have to touch it and get burned.

It actually takes a lot more strength to act through love than it does anger and hate. Those who don’t have the strength within usually turn to anger for strength. It takes a lot of growth to learn how to see abusers and oppressors for what they are. In society, we see that many people who feel oppressed have not grown to a point where they can figure out that the oppressors are fearful, often feel inferior and therefore need to boost themselves up by oppressing or destroying another human being. I see oppressive, hateful people as weak. Sure, they may be able to destroy another person or group of people with their hate but it is because of their weakness that even consider it. that is not the type of strength that is admirable nor is it a true power and control. Control is an illusion.

I mean Weak in the soul or Weak emotionally is what I consider people who have to exercise their forceful control methods. We often hear, Don’t mistake my kindness for weakness. People often see kindness as a form of weakness. It is not. I can be very kind but when I am faced with an unavoidable fight and there is no other way around it, I will fight in my own way. Lashing out is not the best option. Lashing out is usually viewed as unstable by onlookers. Blowing things up isn’t always the best option and usually doesn’t get the results that are desired. Reacting instead of responding is a poor choice. No one is perfect and even the best of us react instead of respond, especially on a bad day. Still, it is a poor choice.

So, when do we use magick? instead of reacting from a place of anger, take the time to think about it. What is it that you really want to accomplish? Are you going on Hearsay or absolute fact? is there a better solution to the problem? Sometimes, we just need to respond with our head instead of our heart. How we know we are wise is that we think it through and have the wisdom to know when to think with our mind and when to respond with our heart.

I don’t always try to avert the consequences of someone’s poor judgment away from the sender of harm. I will not turn the other cheek and allow someone to hurt me either. I have my magick recourse and yes, sometimes it is necessary to respond so that the sender of harm feels the effects with the fullness of their own magick with their own magickal intent and power reflected back at them.

Sometimes people won’t learn until they feel the sting of their own doing. Responding instead of reacting limits the mistake because it means you have already learned that lesson and yes there are lessons through using Magick. Sometimes, we don’t really have to do anything at all to piss people off. Just being ourselves can piss people off and cause them to want to do harm to us. It is important to be able to defend ourselves of course.

I will not likely ever recommend a spell to destroy someone else but I will never tell someone not to defend themselves either.

Another thing I have to say about when to do magick is instead of looking for a mystical and magickal solution for every trivial thing life throws at you, consider the mundane first and then boost the mundane efforts with magick. It will work best if you don’t confuse illusion with spellcasting. Making up stuff to do magick is silly to me. Just because it is the full moon or whatever doesn’t mean you have to do magick. The reason to consider the planetary alignments and moon phases are simply to decide how to go about doing a spell so that it will work at its best when you have a need.

Your ethics will be determined by you. How you choose to practice magick is based on your own development as a human being. It will be determined by your own emotional health and state of mind. Even Wiccans will send you reeling if you attack them. I had a student not follow my recommendations and they decided to run away from magick altogether because it did not go well and the consequences smacked ’em square in the face. I have had a peace loving response backfire too. Knowing when to swing and when not to swing is the trick of the wise and this happens through trial and error and learning from our actions.

Sometimes, standing and getting shot isn’t the best choice. Sometimes, to make it stop, we have to duck and shoot back. I prefer peace and will always look for an alternative solution but…

Just as I do in my mundane life, I seek peace and therefore often I find a peaceful solution. sometimes, simply walking away is all we need to do. Knowing when to use magick and when to let it pass is the best skill we need to learn. Sometimes, we simply need to allow ourselves to heal the emotional wounds and yes, there is magick for that. 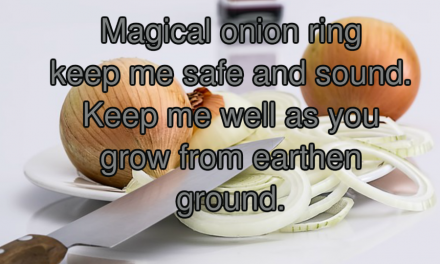 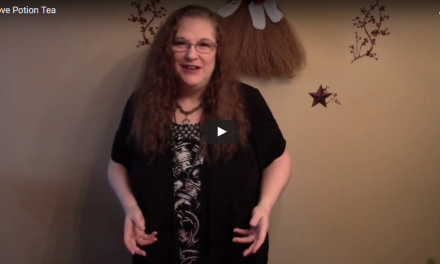 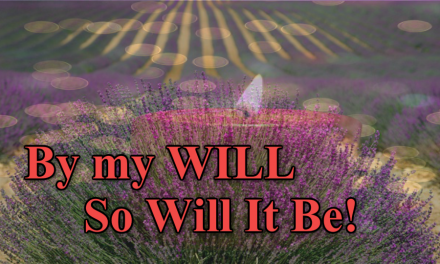 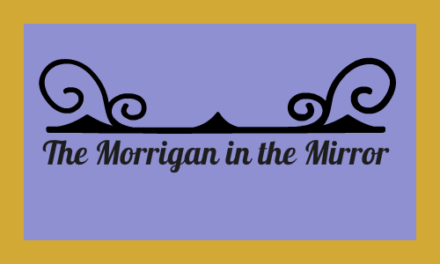 The Morrigan in the Mirror