The Gift of Second Sight – Pumpkin Meets The Faery Queen 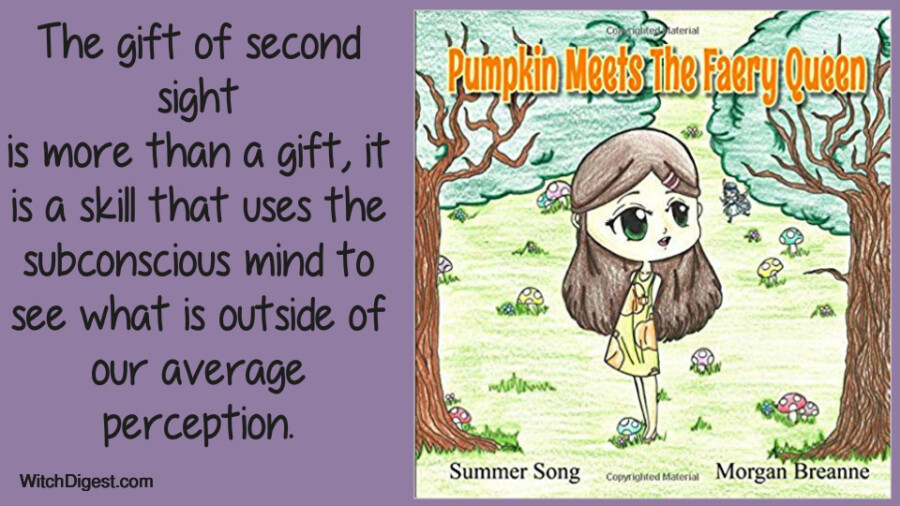 The first time I heard that label of Second Sight was a long time ago when I was just 15. It was way back in 1983, someplace in Arizona and it involved a Sorcerer and his student.

I was in the family car on the way back from a “spring vacation” that was horrible for me and I couldn’t really do anything about it. Being 15 and stuck in a car for two weeks with my horrid and dull-minded family was freaking torture. Already having PTSD, I have been Hypervigilant since I can remember. Through the symptoms of PTSD such as hypervigilance and disassociation, I naturally developed The Gift of Second Sight. I will go into more detail later in this post.

On the way home from a cross-country trip with my parents and sister my parents suddenly lost direction in Arizona and ended up on this unkept road. It went on for miles. My parents argued and fought not only their own feelings of angst from being LOST but they were blaming each other for getting lost. Conflict was a regular occurrence in my family. Long story short, we ended up at a restaurant off the beaten path and there was some bison in a pen, a gift shop, and a restaurant. I’m going to leave a lot of detail out of this story although it is a cool story, it won’t help make my point.

We finally walked into the restaurant and it was about dinner time. I don’t travel well and due to the motion sickness from being in a car for so long, I had no appetite. I felt dirty and unkept. My curls were out of control and unmanaged. I looked a mess and I felt a mess. My parents told me to find a seat and when I proceeded to do as I was told, I was stopped by this student sorcerer. I instinctively turned to second sight. It was something I did naturally. I had no idea it had a name what less that it was a thing in the first place. I got down to the student’s belt and unconsciously began to undo it to get to the foundational chakra (it didn’t have a name for me either at the time). He stopped me and I instantly “came out of it”. Then The Sorcerer spoke. “She is using second sight. Let her continue”.

I was introduced to concepts that had unknown names for things I did “naturally” (learned at a young age without recollection of the learning experience much like reading is for me). I begged to stay with them as any teenager who wanted to understand herself would have done. this guy had the answers. He knew what this was and he understood it. I was also open to looking for my physical teacher and I found one, just not one who was supposed to be mine.

For me, Second Sight is a learned skill that most people are capable of doing. It just takes training your mind to see things from that perspective. Being able to see and feel the invisible things that others can’t perceive. “Second sight” to me is a learned skill that feels no different than a dog’s sense of smell and sound only learned instead of instinctual. There are many methods to reach this level of learned skill and just like any skill, some natural talent for it also helps. The way one sees the world in the first place has a huge impact on how acceptable the concepts are to an individual. the more concrete a person’s foundation is in relation to this physical world will determine how difficult it will be for you to learn this skill.

I believe that this can be achieved by people who have an open mind to the limitless possibilities of reality. Perception is a huge part of our experiences here in this physical reality. There is truth to the saying, “Reality is as you perceive it to be” and “you create your own reality”. However, we all collectively live in this common reality that we all “perceive” differently. Our perceptions guide our understanding of this reality which is why we are all affected differently, even if it’s slight, by the same experiences.

I’m older now and I have grandchildren and I wanted them to have opportunities when they get older to understand and experience things from a “different point of view“. I wrote a story about having the “sight” to see faeries. Having an active imagination that can entertain all kinds of concepts like most children already do should be encouraged. I wanted a way to keep that bridge of creative imagination to remain for the rest of their lives. Being able to “Imagine” the impossible helps to raise their sense of limitations. I have had people in my past try to apply limitations that belong to them and they tried to hold me back in their limited world of possibilities.

We are often told that our dreams are stupid and that we should be more realistic and lower our goals, standards, and expectations for ourselves. One time, in particular, I had someone tell me that I set my goals too high. I do NOT set my goals too high. That person had set her goals too low in my opinion. I ignored her and kept on pursuing that Office Supervisor job that I was more than qualified for. I got the job and I did well and that person had to swallow that statement. Had I not been able to exercise my imagination to imagine my own possibilities regardless of what others tell me, I would have lowered my goals and probably ended up in fast food. I wanted to start a foundation for my grandkids that will allow them to dream big and actually reach for the stars and I don’t want them to ever believe that their dreams can’t/won’t come true. I wrote The story “Pumpkin Meets The Faery Queen“ to encourage that ability to imagine and think outside the box and to know that it sets them apart from the rest and gives them even more opportunities. If you can imagine it, you can create it. If you can think it, you can do it.

Pumpkin Meets The Faery Queen helped me bridge that conversation with my grandkids. I get to encourage their imagination and dreams. When I was 5 years old, I was told I couldn’t be any profession I wanted to be. I couldn’t be a policeman, fireman, or even a postman or anything with the word man at the end of it. That concept doesn’t exist today. I totally could have been a cop, a firefighter or a postal worker or attorney if I wanted to be. Limitations are perceived and the Gift of Second Sight is a way to perceive the mysteries that others don’t understand.

In this book, I use familiar pagan/religious concepts to help encourage my grandkids to keep their mind open. Fairies with gossamer wings may not actually exist but the symbology in the story can be used as a tool to help keep possibilities UnLimited. The more open one’s mind remains, the less one is limited. 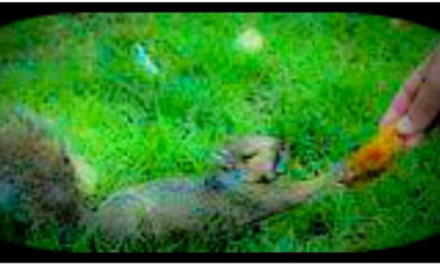 The Environment Our Health and The Witch 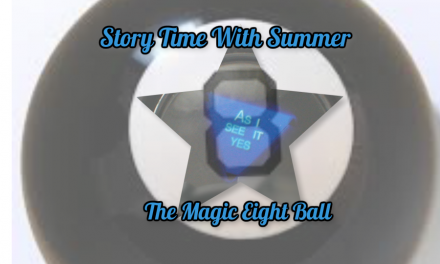 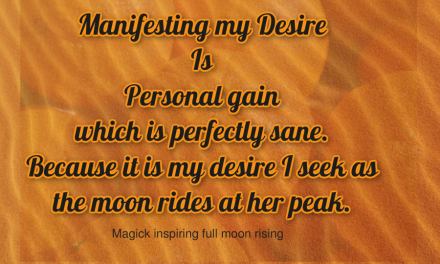 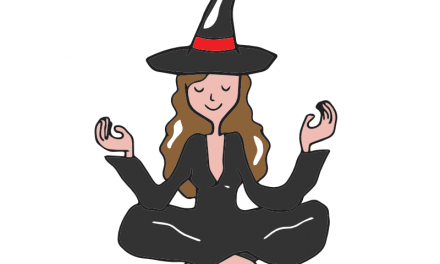