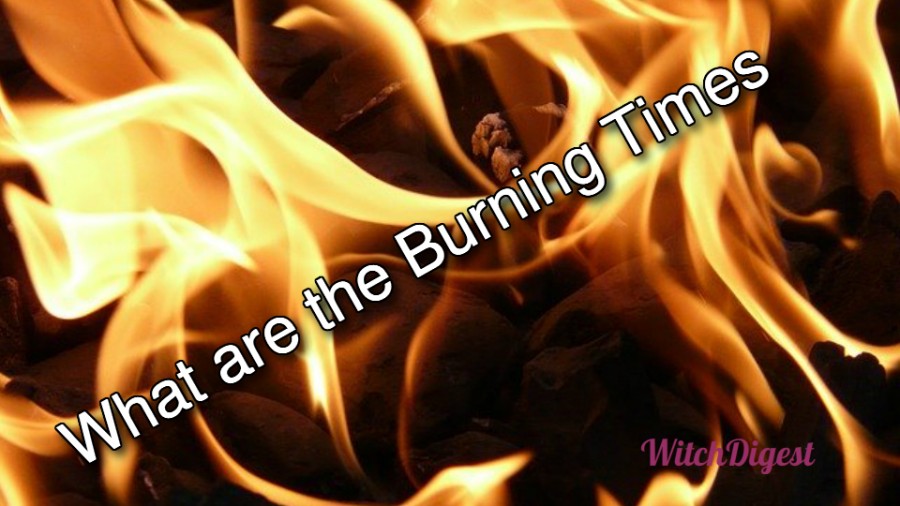 The Burning Times marked a dark time for all of mankind.

In the history of human beings, in Civilizations around the world, there came a time when a new religion was scourging the earth. While the average person was living their normal lives, their cultures were full of what is believed to be gods and goddesses, superstitions, rituals, healers, cunning folk, medicine men and women, spiritual leaders, Witchdoctors and many other titles in the various communities, tribes, and clans.

As new discoveries of the world were being made, people’s beliefs began to change over time, and as beliefs changed, so did lifestyles. Early Christianity began to grow and spread fear across the world in many different lands. Fear of God. Fear of Evil. As Christianity evolved, they realized that the old ways of the people were very ingrained in their lives. If Christianity were going to take root, it would have to distort the beliefs and practices of the people and absorb the cultural beliefs.

Gods and Goddesses were either demonized or turned into Saints in order to capture the hearts of the people. The people in the cities were converted first, and it took greater efforts to convert the country dweller or those living in the rural areas of societies. The small rural towns just didn’t seem to want to convert. This was a big concern of the early Christian leaders.

This Christian religion converted leaders of Kingdoms or governments because back then, there were no constitutions to separate church and state. As Christianity moved across the lands, they realized that the people were not easily accepting the new beliefs, with the new taxes and the new requirements.

The healers, spiritual leaders, and cunning folk became a threat, so the Christians called them witches and their practices witchcraft. Many of these condemned witches were herbalists, midwives, or just old. It was a dark time in history. It was the medieval times when torture was commonly practiced and was an expectation in society. A dark time when Threats of death were constant, and fear of the rulers and the leaders of Christianity were growing. Convert or Die.

It was a time-

when people were tortured and burned as heretics for not converting and accepting the new religion. Disagreeing with the church was a crime of heresy and was punishable by death. There are reports of whole towns being murdered. Whole towns were wiped out of women and young female children. Although men who stood up for these women, any children, and even their pets were often murdered, it was common to be burned at the stake, although the torture was not limited to being burned. To burn in this world was to condemn the victim to the eternal lake of fire of Hell.

It was a horrible time in the history of humanity that was directly related to Witchcraft and other names it was known by. Wizardry, sorcery, and anything that threatened the new powers that be.

Even in the new world of America, we read about the murders in Salem. Fear had escalated into extreme hysteria, and accusations grew wild, and so did the murders. By the late 1600s, Christians or Puritans were often falsely accusing other Christians of witchcraft, although they were not witches at all. Often, those with disabilities or those who were aged and feeble were often accused of witchcraft which was punishable by death.

It was a fearful time to live. In fact, Witchcraft was still illegal until the late 1950s. Rumors have it that real witchcraft was practiced secretly among small groups and within families. But what is it that was considered witchcraft? Herbalism, being a strong independent woman, female healers who used natural remedies, midwives, women who were attractive, women who were old and feeble, and anyone who stood up for them or knew them. The practice of non-Christian rituals and practices. The beliefs of other cultures. It is believed that Gerald Gardner practiced with the Freemasons who are said to have practiced in secret for centuries, and some of their influence can be seen in the rituals, symbols, and practices of Wicca.

Fear of torture and death is said to have kept the teachings and practices of “Witches” underground and hidden, and at the time when Gerald Gardner wrote his books revealing his ideas and practices, he began a movement, and they called it Witchcraft and gave it the name Wicca. It was still a fearful time. I believe it is the stigma of the word witch and the idea of witchcraft that made the religion so popular as it grew and evolved. I believe because the founders clung to the much-feared title of Witch for the power of protection it added, it also added discrimination and abuse, or as it is called today, bullying.

As times changed and society evolved, so did Wicca and Witchcraft. The Burning Times is being remembered. By the 1990s, Witches as a community began to attempt to change the public views about Wicca, which was then a tradition of witchcraft. They performed spells and set out to demystify Wicca and witchcraft. They began to soften it and put a lot of effort into squashing the fear of witches and hexes and spells and Devil worship with green wart faces and other negative associations and change the labels as well as the laws. This is why we often see the beautiful, sexy young Witches who are sometimes the image of…Gasp…Sin! and the ones who also look like…Awww…pure virgin maidens.

I believe that it is because the story of history changes within society’s lore and its views of the past, beginning with the burning times. Wicca was created and then began to evolve into what it is today. To remove the fear of Wicca, many who can not adapt to Wicca as a tradition of witchcraft and all of its associated labels that continued from the Burning Times have worked hard to separate the witchcraft from the religion. For many, it is only a religious belief and for them, magick doesn’t have a place in their lives. However, for many others, Magick, spells, power, and the many gifts that are given to the practitioners out there, witchcraft is very much a part of Wicca. Some are so angry at the pious religious practitioners who claim witchcraft has no part in Wicca that they abandon Wicca altogether. Some are equally passionate that religion has no place in Witchcraft and so we have the separation of Wicca and Witchcraft as well as the scorn from practitioners of other types of Witchcraft.

Wicca and Witchcraft, are they the same?

To me, for me, and as I teach Wicca as I know it, Witchcraft and Wicca are one and the same.

Wicca is a tradition of witchcraft that incorporates both spirituality, religion, and witchcraft. I am, by all means, a Wiccan Witch. I recognize the impact that the history of society and “the burning times” have had on my beliefs and practices and how I and others who are like-minded in my community are viewed in society.

Some come out in society. Witches often refer to this stand as “coming out of the broom closet.” But many are forced to keep their beliefs and practices a secret out of fear of the dangers of the reaction of society as a whole. Although times are changing, even I have been asked to use a pseudonym to protect my loved one who may be affected. Wicca and Witchcraft are not something that should be taken lightly. There are serious consequences of taking on a label such as Witch. Hateful viewpoints that are leftovers from the Burning Times.

It is sad that people in countries that claim to be free such as the United States, all so often do not allow for freedom of religious views and practices as a society even if the government laws change. People in society are the ones who allow or deny freedoms to others. If a Christian can be free to claim Christianity, I should be able to declare myself as a Wiccan, or Mormon, or Muslim, or Buddhist, or Hindu, or an Atheist, for that matter.

But, no society seems ever to be that way. Don’t be afraid to stand for what you believe, even if you stand alone. When you are ready to become a Witch, when you are ready to take a stand and KNOW that you are not required to tell anyone anything, you will have the personal power to do what is right for you when you need it.

Which questions to ask The question is: What does Wicca mean to you? What is Witchcraft to you? Most of all, What does it mean to be a Witch? In a journal, write down your answers to these questions and put them aside, and forget you wrote them. In a year, come back to it and answer the questions again. Every year, for at least 3 years, write your answer to those questions in that journal and after five years, see if your answers change.

What direction to take for discovery on your own Remember the events of history, research the burning times, Salem Witch Trials, and the History of Witchcraft. The library has books on the subject, and the internet has some perspectives. It is worth your time to experience others’ perspectives, read about some historical teachings, and develop some perspectives of your own. Just like civilizations rise and fall, societies change, and so do our perspectives. I believe that Wicca and Witchcraft are about change. The changing of each and every individual Witch’s Perspectives. As we learn new things, our opinions and perspectives change, and when they change, it changes us. 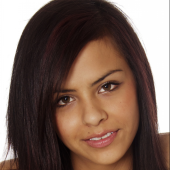 April is a 33-year-old Wiccan Priestess. She loves her craft and uses it in her daily living. She holds a Bachelor's Degree in Business Administration. She loves teaching Wicca as her side deal and her craft has become her everyday life. She wouldn't know how to separate it from her everyday life even if she tried. 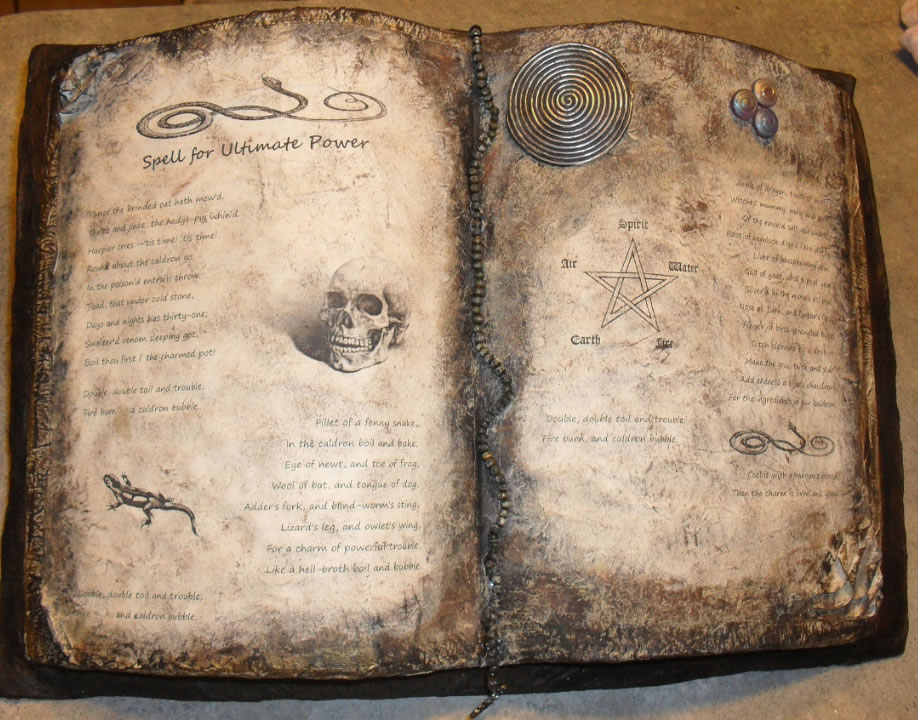 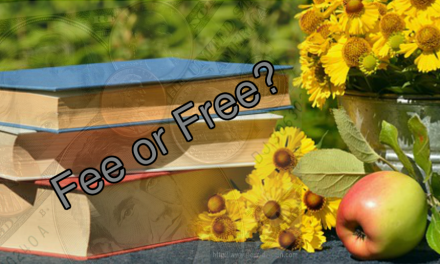 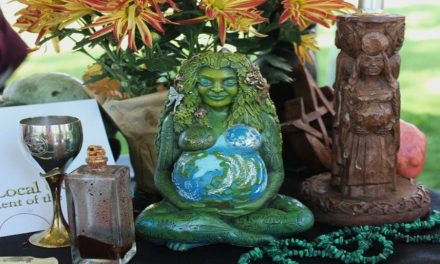 Some Basic Altar Set Up information 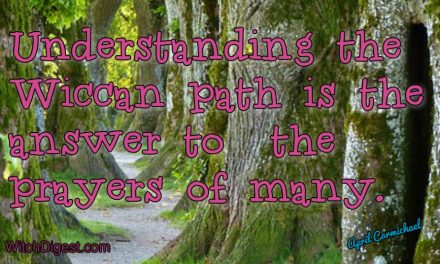